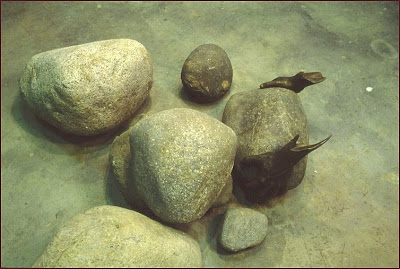 We both grew up on middle class streets in Canadian cities during the 60's and 70's. Gas was 35 cents a gallon. Electricity was almost free. Water was free.
During that time I watched my father convert our whole backyard into a garden with fruit trees. After reinsulating the roof and upgrading the windows, he plumbed in an 80 gallon preheating tank beside the furnace which received cold city water before entering the hot water tank, put a wood stove in the basement and plumbed it into the central heat, cut and dug a small root cellar off the basement. Our house was an average looking house on a city block but way more efficient. That was 40 years ago. If he was still alive he'd have at least a solar array on the roof and a heat pump in the cellar.

Like so many boys of my generation, I didn't get to know my father because he died young. Heart attack.

Doing all kinds of stuff for the environment and feeding everybody he could...didn't take care of himself. He was 56. Aki's dad died of stomach cancer when he was 47. Looking for a better life for their children, Aki's parents brought the family over from Japan in the 60's. The only "ethnic" family in their suburban neighbourhood. Aki was one of three Japanese-Canadians in her high school of 1200 students.

Shaking off our sense of entitlement.
By the second year we knew we were onto something but still a long way off. Now 16 years later we're still settling in and are just plain sad that more people aren't living this way. It is simple. 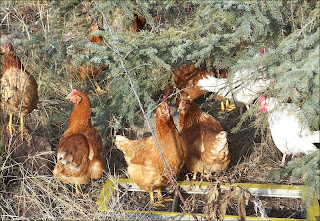 drinking fresh water. We grow all our own  vegetables, keep bees and keep chickens for meat and eggs. We know the organic farmers who raise the pork we savour over winter. 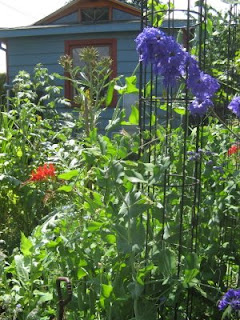 There are people doing this in the cities. 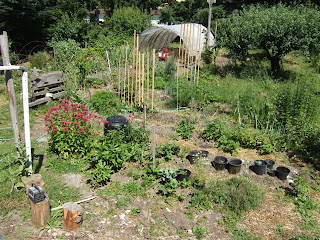 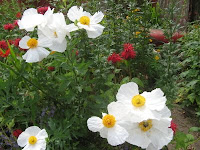 
Nancy and Rosa's gardens in the lower mainland.


We initially came here for the same reasons that anyone would have.

We separated the compressor and condenser from the backside of our freezer, carefully bending the copper tubing so that it is away from the freezer.  Our Sears freezer is a bad design. Heating while you're trying to freeze. So much of this society is designed with the assumption of entitlement to cheap, unlimited and uninterrrupted power and resources. Separating just the motor will 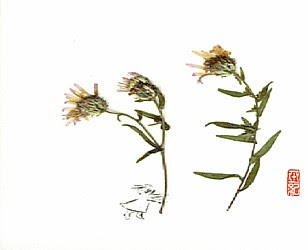 make a big difference. We throw a duvet over the freezer when it's not on.. Huge difference. We haven't had a fridge for 13 years. Between the freezer, pantry and root cellar we don't need one. We don't have a basement but our pantry floor is not insulated. From September until May the bottom shelf in the pantry keeps things cool. The root cellar always keeps things cool. An old sixty gallon water tank thermal cycling through our wood cook stove is like having a second wood heater and supplies us with hot water. A small green house off the south wall of our small house heats up for vented heat into the house, and supplies greens earlier and later in the season for us. For our power we've 416 watts of panel, a 30 amp controller, 8 - 6 volt heavy deep cycle batteries and a 1750 inverter. With cable, wire and connections, $3000 Canadian for everything.  A second 12 volt system for the water pump, a couple kitchen lights, pantry light and music we have 2 - 12 volt deep cycle batteries charged by a 50 watt panel, no contoller. This system is almost 17 and working fine. One battery is 17 the other is 12 years old. Maintainance is key.  These systems have paid for themselves at least 4 or 5 times.
The newest stat I've read is that the real cost of a solar panel operating in ideal circumstances is paid for in 5 years of operation financially and environmentally. In the city there is the huge advantage of being able to tie directly into the grid, eliminating the need for batteries. So many possibilities.


We went a little watt heavy as far as panel:battery ratio. During the dark months of January and December when the batteries get low repeatedly I'll sometimes disconnect 2 of the batteries to make it 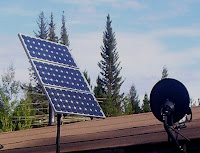 easier to break down the batteries' resistance to accept a charge. I found that reading a bit about batteries and 12 v (DC) was a good thing. From March until September power is not an issue here. We run our cabin and a small shop without any sacrifice. Working with the sun is the key.  We really live by the sun. For a couple of years it was an adjustment living off grid... now we wouldn`t live any other way.

Nancy Brignall and George Rammell's web sites, http://www3.telus.net/4.
Mike Edwareds and Rosa Quintana, www.rosaquintanalillo.com and http://mikeedwardsart.com
Together they're changing their neighbourhoods. Sites of art and rejuvenation. 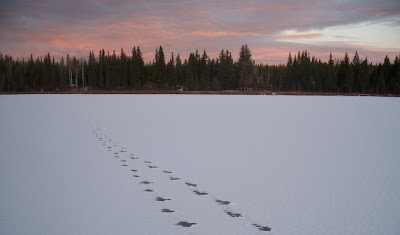 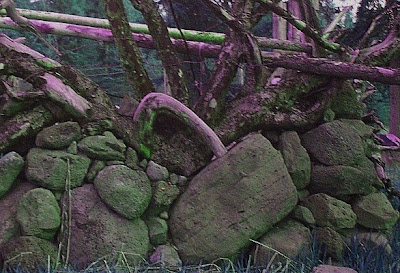