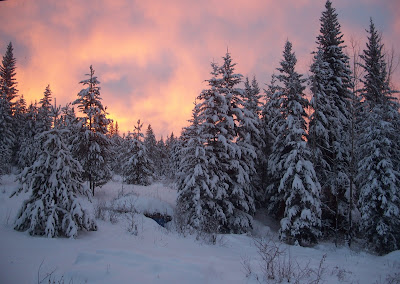 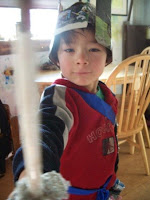 Aki is reading Don Quixote. Every day or so she gives Kai and I an update on Don's exploits.

Reminds me a bit of Notes From the Underground by Dostoevsky in the way that you almost want to close your eyes before it happens again. Before Quixote attacks again, donning his barber's basin. Before the underground man delves deeper into the depths of human despair and humiliation. 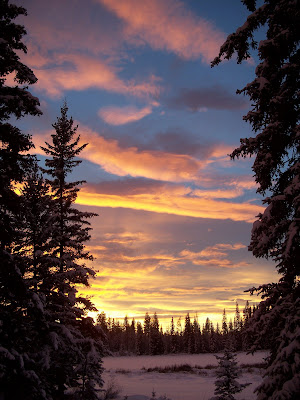 Two stories more opposite to each other. 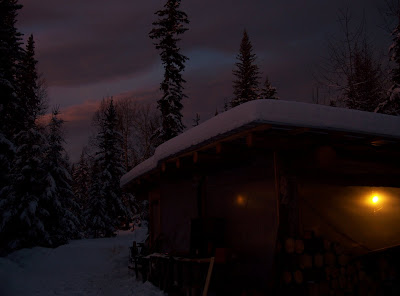 Our shop in the evening.

Thinking one's onto something when everyone else thinks you're insane.

A tragic folly? Interesting to consider these two stories from our little spot in the bush, with no curtains on our windows. Here we are thinking we are perfectly sane...

We are 43 dozen eggs ahead of ourselves. 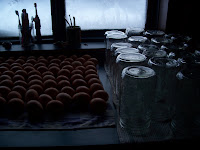 Most winters our chickens take it easy and almost come to a halt in egg production.

During one of the cold spells, one of the chickens decided to go out for a stroll, found a nice spot under our work truck, and found herself frozen to the ground. That evening when we went to close up the coop we discovered we were missing one, went looking but couldn't find her. The next morning (-26 C) Kai found her under the truck, clucking softly. It took several buckets of warm water and an evening in a box infront of the woodstove, but she seems to have recovered completely.


We are eating a lot of eggs.


The temperatures of Winters past. 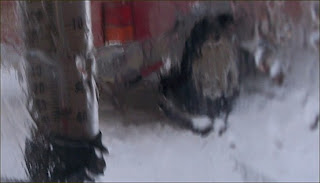 I found that the wood stove door became a regular workbench for me.


The beast that plows our road. 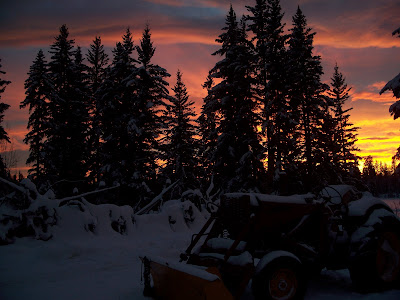 We don't feel insane but are still trying to understand the point.


Just put in our seed order for the spring. Hope springs eternal.