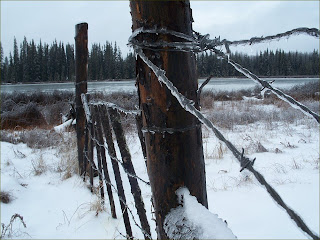 With freezing rain soaking the foot of snow on the ground we are .....“slushed in”.
Trees are falling over from the weight of ice.

I was 36 and Aki was 32. Until then life had been easy. Both coming from middle class families. I had a career in film, Aki as an artist. We knew we could do anything we wanted, how lucky we had been to be born on the planet in the situations we were in.

We both had the same yearning to live the way we live now.

We loaded up the school bus and moved into the bush in the spring of 1997. When the money ran out that fall the camping trip was over. That is when our survival started.

We had our first roast rabbit feast at about this time 12 years ago by candle light and accompanied by our rosehip-bearberry-rice wine.
We had 7 snares, a squirrel pole and 2 bird traps set.
Two chickens, one laying. We kept them at night in an apple box on the porch of our cabin.
Iraq was refusing U.S. weapons inspectors. 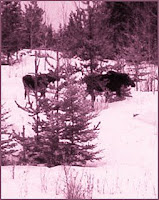 Wolves were close.
Lots of clear nights. The moon was so bright it was hard to sleep. Aurora Borealis.
The sauna was one of our first projects . We took lots of saunas that winter. Saunas and homemade wine got us through a few winters. 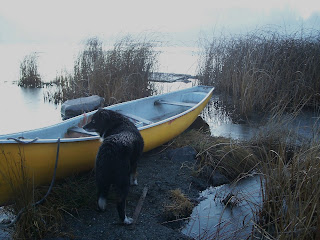 stew, rabbit curry, teriyaki rabbit, hare soup, roast hare.
By the end of the winter we could snare rabbits very effectively. For some reason rabbits seem to want to be caught, we just have to help them a bit.

We skied on the lake, snowshoed, read, painted and wrote. Drank lots of home made wine, hauled water from the lake, hauled and melted snow, cut and split wood, hunted for our food and thought about what we had got ourselves away from. No idea, at the time, where we were heading except that we were tasting freedom…. Just ahead of us. We would run into its dulcet smell, stop to savor its taste and it would disappear. 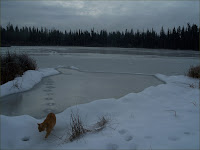 Sounds like a good time but there were some rough spots.
We both got “fall down couldn’t get back up sick”. It was between -30 and -40 for two weeks. Truck wouldn’t start. Everything was freezing.

One day it went to zero degrees, sun came out. El Nino had kicked in. Within a week or two we were outside in our t-shirts. 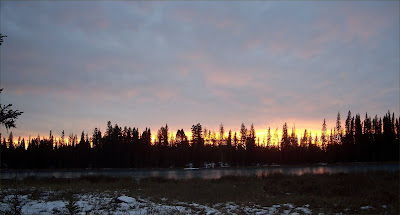