Our gardens have been tucked in for the winter. 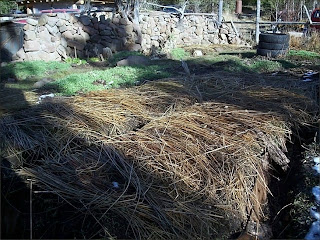 After we harvested the potatoes we turned in the soil with the potato plants and the season's mulch of reeds, grass and cardboard. Aki broadcast rye seed and peas.

Let them grow for a month and at about 5" high turned them under with some seasoned chicken manure, raised the bed, skirted the rise with bark and cardboard, planted 2/3 of the garlic crop 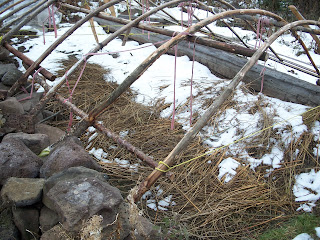 for next and covered it in a thick blanket of reeds.
The reeds will be pulled back in the spring to let the soil warm. When the plants are up the reeds get distributed throughout the garlic as mulch.


Some yells, some screams 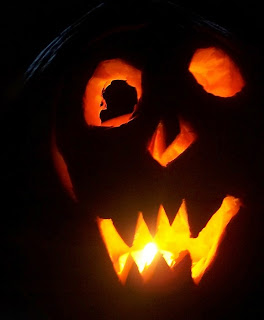 Some friends gave us some red kuri squash. It looks an awful lot like pumpkin. So we carved it for halloween. We had it lit for a night...then we ate it... Jack's head. We found our halloween tradition. 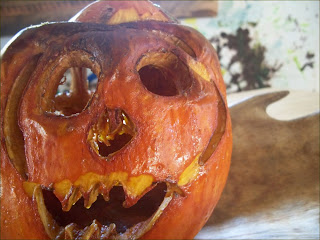 We have been spending some time in the forest collecting firewood. Always rejuvenating. We are looking forward to the deep dark winter.

The three of us watched a movie a month back set in Afghanistan, "The Kite Runner". It spanned a timeline of 30 years. We're still thinking about it. 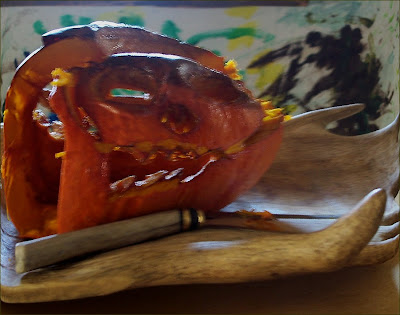 Basted in honey and butter. Roasted and eaten.

Served on a moose antler platter.

Pink Salmon, dandelions, artists and farmers all have something in common, and we are still trying to grasp and pin down this thread. 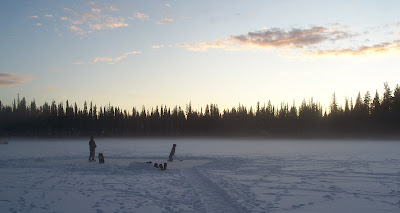 December 21st. We are alone and we've got something all to ourselves.
Deep in thought in the deep, dark winter.
http://www.caribooblades.com/
Posted by Scott.and.Aki at 2:40 PM