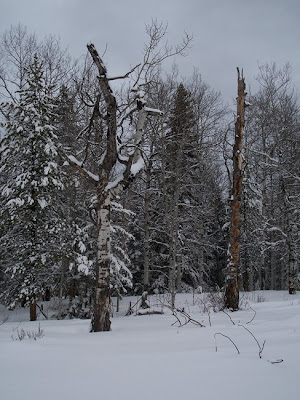 -30 this morning. Warmed up. Yesterday morning the thermometer tube was empty. Its lowest reading is -40.
This being our first year keeping bees, as we’ve written about in a previous post, the cold snap is a bit of a worry. Until a week ago it was a warm winter.


So far the hives are strong.

After a very wet late spring and wet first half of the summer, the bees began to seriously gather nectar in August. 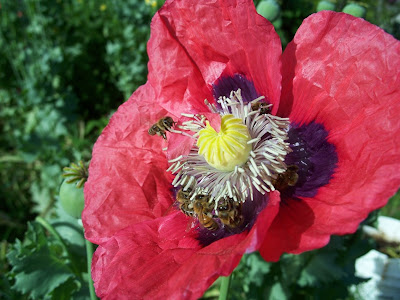 The frost arrived at the beginning of Sept so we fed them open trays of sugar syrup until they stopped taking it near the middle of October so they could build up their winter stores. 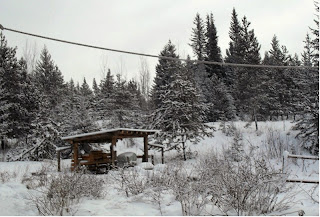 It seems to be a crazy idea keeping bees here, a subtropical insect. We see the honey bee collapse as a microcosm of the state that human beings are manipulating the environment. They 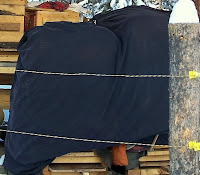 have as good a chance here as anywhere else… being kept. Maybe a better chance.
We stuck to the Warre hive management philosophy.

All three of us spent hours observing the hives, reading and researching.
With observation windows built into a few of the boxes and the observation of the hive entrance we committed ourselves to everyday, we are building confidence that we can have a reading of the health of our hives.


Meat birds, healthy and thriving, becoming predators. When they arrive as day old chicks they grow seeming to have no idea except to stay warm, eat their feed and drink. When they get older, 3 weeks, you can feed them grower, feed them all day, keeping their trough full. They lie around and eat. 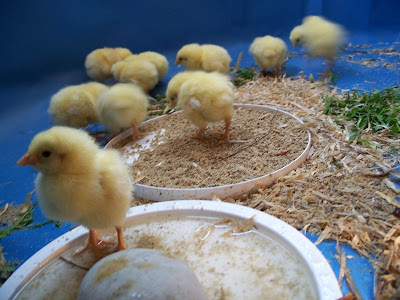 After a couple of weeks of this most get comfortable and may only move half a dozen yards for the rest of their lives. After nine or ten weeks slaughter them and fill yo 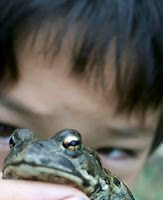 ur freezer.
We did this one year. We felt so disgusted with the operation that we didn’t raise meat chickens again and realized that this method of raising chickens was still so much better than what is out there. We stopped eating chicken.


After reading an article in Mother Earth News about raising meat birds in a humane way, we decided to give it another try.
As soon as the chicks arrived our son Kai gathered worms and bugs from the garden and introduced them to the chicks. It was hilarious. Leaping out of the way of the marauding click beetles. Then, one stopped, slowly, with trepidation, watching, studying and zeroing in on one of the beetles. It made its attack. Soon they were chasing each other around trying to steal each others' finds.
After a couple of days they would all wait for Kai with anticipation.
We have a couple of hens who have chicks about the same time and that are about the same size. We put the Cornish 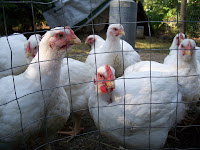 Giant meat chicks with the hens and their chicks. All together into the same run. The meat birds quickly learned how to forage from the lessons of the hens teaching their chicks. The Giants began to dwarf the laying birds. They turned into ravenous prehistoric mini raptors.
By the end of their time they’re travelling in flocks with free run of the property. Foraging for bugs, toadlets, worms, seeds and whatever else they need. Twice a day, first thing in the morning and in the evening Kai feeds them grower to satisfy their insatiable appetites. Every evening 25 giant Chickens gather out front and wait for Kai. Their lives are fast and furious. 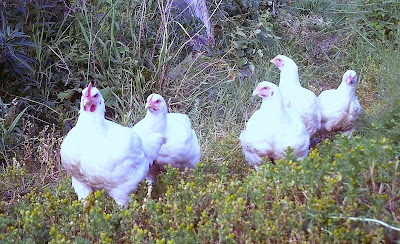 Ten weeks go by. We slaughter all the Cornish Giants and fill our freezer with chicken.

From the standpoint of having nothing. Come closer to your end than you feel comfortable with. Then push it a little further. You could die. With a little time and imagination you will be able to empathize. you can begin to see what you need to survive as an individual living amongst life on this planet. Maybe even become a brother or sister with most on the planet. 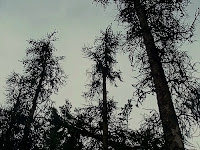 Every year the winter firewood piles have become easier to build.
The mature pine forests are dead. Huge trees collapsing on each other falling like dominoes.

Time and imagination.
There are a lot of changes coming fast. 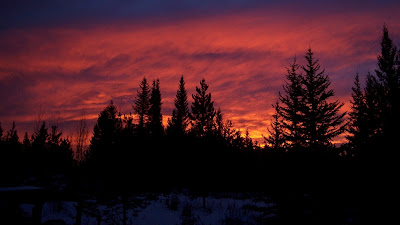