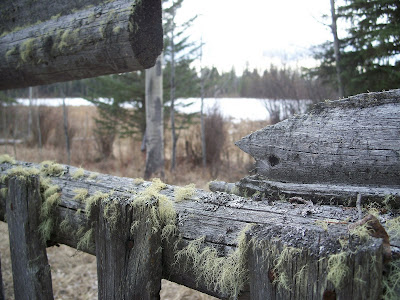 It seems easier to get started this year.
Looking back over our seventeen years in the bush here we can see the dramatic ways our environment has changed.

Nobody had lived here for several years. The small cabin, with all its 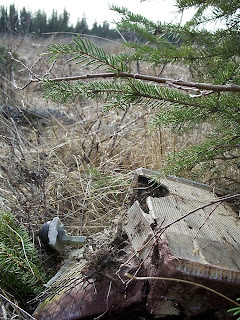 windows shot out, had been taken over by swallows and mice. A half dozen wrecked vehicles dating back to the fifties, dilapidated outbuildings, and old, weathered garbage strewn throughout.
But aside from the small stain of human's existence, this spot on earth was peace.
We cleaned, patched up the cabin, re-used the wood from the outbuildings, but kept the wrecks around for parts and art. 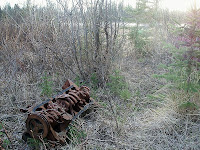 We're coming out of a very long winter. Spring is here but slow. The lake is still covered with ice. The garlic and parsnips coming up slowly. Fruit trees are showing signs of life. Should be a bountiful season.

Seventeen years ago we camped on the land. For a cool, rainy week in September we relaxed here. The mornings were enveloped in mist. There were hundreds of ducks and geese sliding through the mist, into and out of the reeds that surrounded the small lake. We were going to stake as a place to live. Isolation. 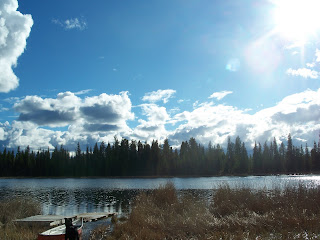 Around the lake there was a mature lodgepole pine, spruce and Douglas fir forest and there was an incredible display of mushrooms. Enchanted. Easy forage for oyster mushrooms, boletes, field and horse mushrooms.There were dozens more we could not identify.

Since then pine beetles and the mills have taken all of the mature forest. Left a few mature firs here and there. The mushrooms, bats and now the moose have mostly disappeared with the forest.
The province has a bounty on wolves. Anyone with a hunting license can shoot a wolf any time.
The science behind the wolf cull is so flawed. It's all about votes and money. 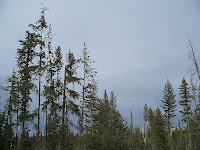 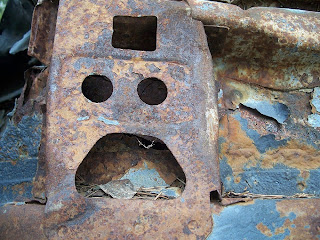 doubt we’re are going to burn every drop of oil and burn every pound of coal. A forester once told us, when we were trying to stop the mill from cutting the forest around the land we live on, that there is not a safe stand of trees in Canada and that it’s only a matter of time before they’re all cut. 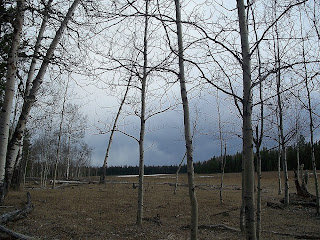 Terrorism, fighting for freedom…We haven't seen the worste yet. Blaming it on fundamentalists and extremists while hanging onto our decadence.
You would fight to save yours and who exactly are the extremists.

Our standard of living was built on the backs of slaves.The Conquistadors.
It’s not complicated. 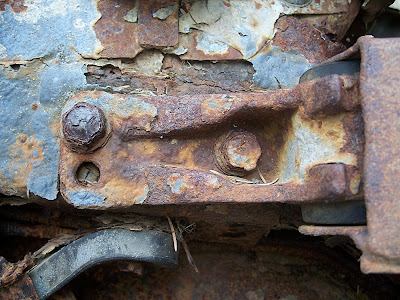 or you’ll get eaten.